5 Summer Beers We Recommend You Checkout 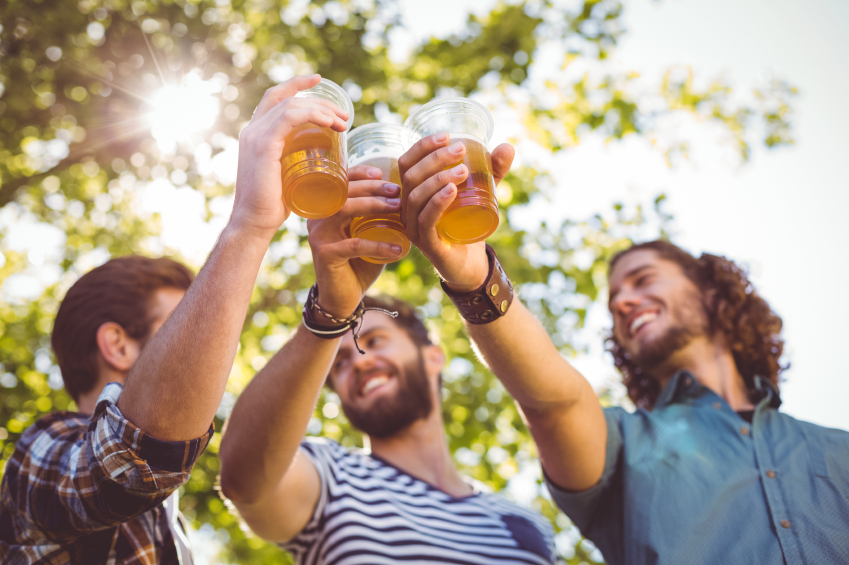 We are not naming our top 5 summer beers. That job is just way to hard to decide. What we are doing is naming 5 summer beers we recommend you to try out this summer. Summers are for chilling, swinging in your hammock, spending a day hanging at the beach or doing a light hike through the woods. Summers are for kicking the heats ass with some cold beer and good friends. Check out our 5 recommended summer beers.

Heat Slayer | Surly Brewing Company | German kölsch | 5.00% ABV. Availability: Summer.
This Minnesota beer is great chilled on a hot summer day chilling with your friends. It’s a bridge between a lager and yeast style ale. It has a light lemon zest with notes of citrus, hops, and yeast to its flavor profile. Surly Heat slayer is light and crisp and easy to drink. These Heat Slayers goes down easy when chilling at the beach, hiking, kayaking, and playing a game with your friends.

Stone Enjoy By Unfiltered |Stone Brewing | American Imperial IPA | 9.40% ABV. Availability: Rotating.
This American IPA skips the filtering out of the yeast, hops, proteins, and sediment that build up as part of the brewing. Skipping this process the tropical fruit and peach hop turned the flavors up. This beer is shipped out within 24 hours. It’s meant to be drunk by the date on the bottle, which is a bit shy of 40 days. This fresh beer deserves its spot in the cooler. Enjoy this fresh tasty beer this summer.

Typically, it’s a Beer-pilsner mixed with lemonade. It has a unique taste that shouts summertime. This beer is a favorite among those beer drinkers who like a lighter, fruity beer. You can typically get this beer between March through August. This enjoyable summertime beer has a heavy lemon aroma. However, the taste is not as lemony as the aroma. Additionally, it's a bit on the sweet side, which balances the lemon flavor. I wouldn’t slog through a bunch of these but it is good to have one or two on a really hot day at the beach or a picnic.

Bell’s Oberon | Bell’s Brewing-Eccentric Café & General Store | American Pale Wheat Ale | 5.80% ABV | Availability: Summer. The brew is fermented with Bell’s Brewing Signature house ale yeast. They use only four ingredients, which gives this beer a spicy, hop character with mildly fruity aromas. Oberon is light and crisp with a golden color, and it’s easy to drink. The crisp light body of this beer makes it a great summer drink. Additionally, it goes great with the sun on your face and a cold beer in your hand.

Kona Wailua Wheat | Kona Brewing Co. | American Pale Wheat Ale | 5.40% ABV | Availability: Spring.  Inspired by the magical Wailua falls.  This wheat ale is golden like the bright summer sun.  This Wheat ale has a radiant, citrus flavor that comes from the local tropical fruit they brew into each batch of ale.  The fruity flavor doesn’t overpower you but you definitely tell it’s there.  Additionally, this Wheat ale is a perfect addition to any cooler and goes great with being poolside or beachside.