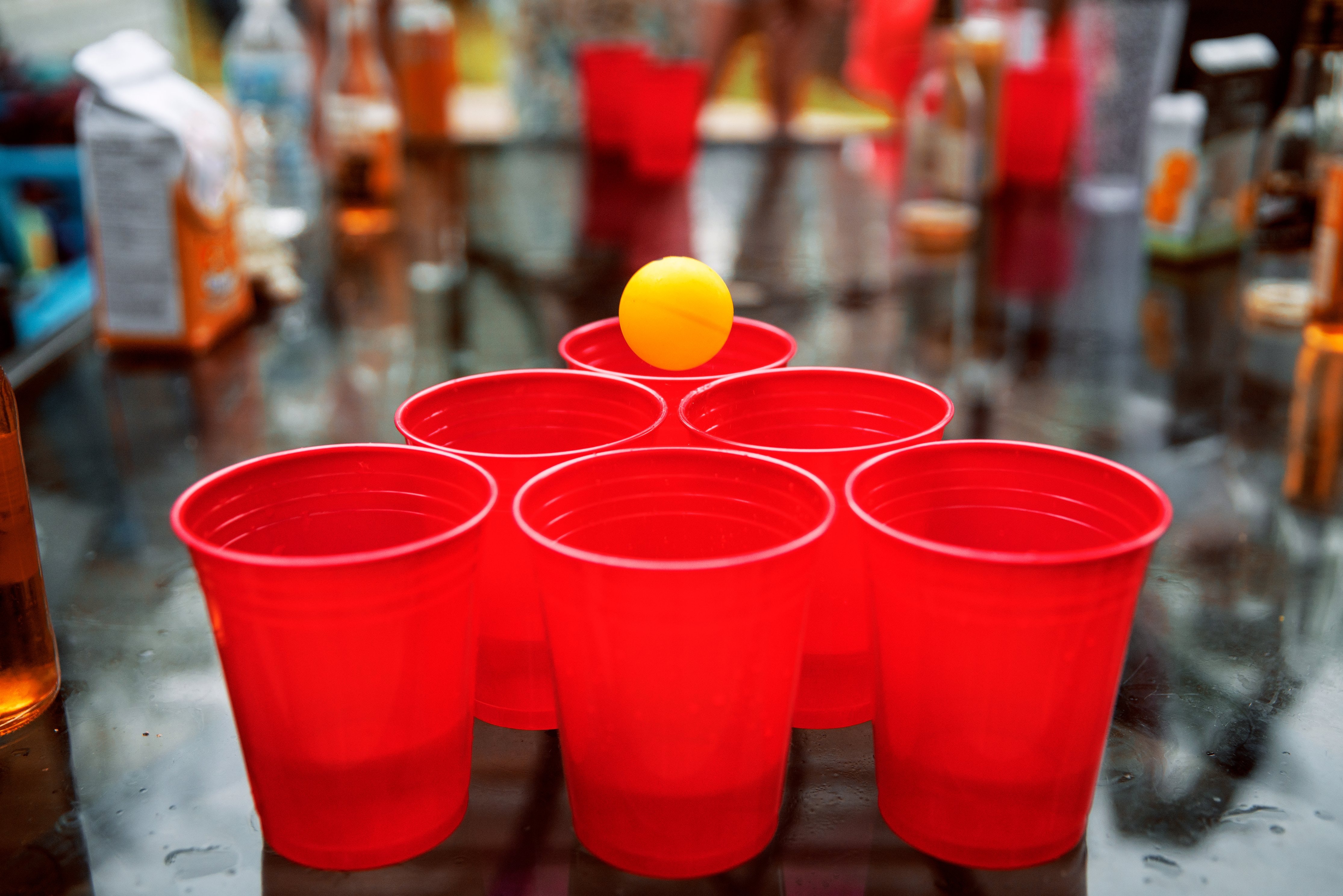 Drinkquizition is a fantastic party card game created by DRNK Games in Orlando Florida. Their Facebook reviews and recommendations are solid and there seems to be a lot of people who enjoy it. Drinkquizition is defined as “A trivia game with a boozy flair.” Drinkquizition is similar to other drinking card games. It includes tons of fun, eclectic, questions from Common Knowledge and Trivia categories. The questions in Drinkquizition are ones that most people have heard, learned, read or seen at some point in their life. However, they might be difficult to recall when asked on the spot. For example, we all know what a VHS tape is. A lot of us watched movies on VHS when we were kids. But, do you know what VHS stands for?  Drinkquizition is one of the best drinking games to play with friends.

We all know of the ancient rite of passage known as Beer Pong. It’s a staple of college campuses across the globe. All you need is beer, ping pong balls, solo cups and a set of house rules. Here is a quick breakdown of Beer Pong - You will need to set up two formations of 10 cups on either end of the table. The cups should form a triangle - like how balls are racked at the beginning of a game of pool. Fill each cup with roughly three to four ounces of beer.  Each team stands on either side of a table. The goal is to toss a ping-pong ball into one of the cups on the opposing team’s side. You can toss the ball directly into a cup, and the opposing team is not permitted to try to swat the ball away. For an easier shot, you can bounce the ball when you toss it. In this scenario, the opposing team is permitted to try to swat the ball away. When a ball lands in a cup, a member of the opposing team has to drink it. Each team is permitted three attempts each turn.

Keep a cup of clean water nearby to wash the ball between tosses. The team that clears the opposing side first is the winner.